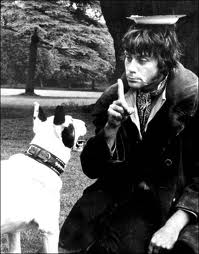 Lord I love a musical. A buttock clenching spectacle with hoards of talented singing, dancing, acting, bouncing characters engaging you to such an extent that when the curtain goes down incredulously you check your watch unable  to believe time has vanished so quickly and it’s  already time to get out of your comfy red velvet seat and return to the real world.

Cameron MacIntosh’s Oliver is like that. I am sitting writing this having just seen the production at The Edinburgh Playhouse singing Food Glorious Food, Consider yourself one of the family, Oliver, and other less known songs which are all whirling round my head and all of which are incredible ear worms.

I went along with my friends daughter age 10, who was just in the Primary 5 production of Oliver at her primary school in  Argyll.

As we perused the program before it started she said  ‘he’s ensemble what does that mean?’

Part of  the theatre company I explained, one of the guys who turns his hands to everything singing, dancing, chorus, and may even play a few different parts during one show.’

Oh she said and flipped on through the program,

During the break we were talking about the production. Camercon MacIntoshs’ and hers.  She mentioned one of her cast members.

‘What part did he play?’ I asked

On the journey home I got her crit.

‘Yes’ she sighed ‘that was very good but our school one was better in some bits, More dramatic too’ she said ‘apart from when Nancy died and the dog who was playing Bullseye walked onto the stage and fell asleep on top of her.’

Yes I can see that would break the tension I said 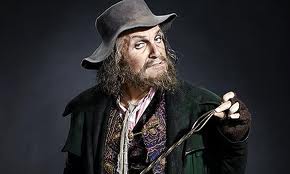 So back to the other production….Brian Conley’s Fagin was brilliant. His timing perfect and he was channelling Ron Moody  – there were moments when Ron was up there on stage I swear.

Bill had a real touch of the Oliver Reeds – large brutal with eyes that bored into the soul.

The one who stole the show for me though was The Artful Dodger –and whoever he was tonight he will surely be a name we will all know soon – he was impeccable.

In a nutshell grab your friends 10 year old and go. Grab your mum, brother, friend, a stranger, David Dimbleby or your partner and go. It’s a eye poppingly good west end production that’s come to roost in The Edinburgh Playhouse and you and yours will love it.!

Brain Conley.Cameron MacINtoshOliverRon MoodyThe Edinburgh Playhouse
Prev post How to live forever.
Next Post Blogging is a love in - with cupcakes.