Scotland, the devil, big bird and the elixir of life? 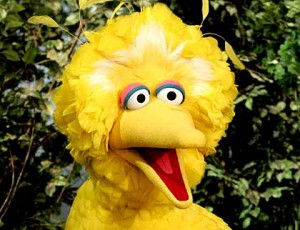 I just spent a couple of days out and about filming with The One Show for two Best of Britain programs  which I am co-hosting with Mike Dilger.
And what fun we had.

It was a whistle stop tour of Scotland. We covered more locations and miles in a couple of days than I can count and my head – usually fairly empty was packed with facts and figures about the country I cheekily thought I knew quite a lot about.

Mike is a wild life expert, so whether standing on a beach, on top of a tower, in a graveyard or on a boat if a wee feathered birdie whipped past and let out a trill wee toot Mike would say very matter of factedly ‘oh yes  a lesser spotted grebe’ or ‘ a canadian goose’ or  a grungified puddlebuttock or some such thing.  Initially I jabbed him in the ribs  (well I am from Aberdeen) and said ‘are you pulling my leg? ’ No he said if it’s got a feather then I know all about it.  And he did. There were some we heard and saw that were a mystery to me and frankly I was amazed such exotic species live here, above my head, in this here parish 24/7.

Literally by the mere pip of a squeak he can ID any feathery bod. Whereas I need to have their passport, a close up photograph and an RSPB book open at the right page. As you can tell I was impressed.

During our filming the one place that really resonated with me was Balquidder Kirk Graveyard where Rob Roy, his wife and two sons are buried 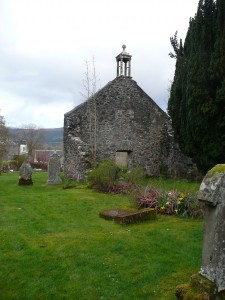 A truly tranquil setting, it was green lush and beautiful and between takes I was just meandering around, brain in neutral enjoying the scenery when Mike said ‘Ooooh look at this Devils Matchstick ‘ I looked up but saw no flapping beasties then realised he was pointing at some lichen on a gravestone as he went on to tell us that it grows only the places where the air is at it’s purest

It is startling red, as you can see, and tiny wee spores.  Gulping in the pure fresh air before we moved on I shuffled about reading the ancient gravestones and discovered people were passing away in their 80’s and 90’s  in this area which for hundreds of years ago is extraordinary.

So anyway, I have decided to move to Balquidder.

Well no I haven’t actually but I quite fancy trying to get some devils head matchstick to grow in the area where I live to see if the air is pure  round here although a quick glance at my diesel fume stained mongrel and I think I know the answer to that.

Oh and if you like birdies, fauna, wild life and stuff then I’m sure you’ll be interested to hear Mikes got a book coming out soon,  a diary of his and his partners move to the country.  She did all the illustrations too – a talented pair.

Anyway more adventures to report soon but for now – a hot bath, a hot toddy  and a good kip.

If you are a Twitterer I am  @AlisonCraigTwit and Mike is @DilgerTV – twitchers and twitterers run amock.

BalquidderDevils matchstickMike DilgerRob Roy MacGregorThe One Show
Prev post Jogging my memory - and my backside.
Next Post Beginning of an Argyll adventure...