By the very moniker Teenwolf you know the days or trailing scraps of blanket, teddy bears with a well sucked thumb plugged into his mouth are well gone. However the one thing that Louis aye takes with him when travelling is a pillow. The lucky thing is guaranteed a top nights kip if the head goes down onto a good pillow. So during out text exchanges from his rugby tour in South Africa to Edinburgh he mentioned he had left it at the last place they stayed The Stellenbosch Hotel in Stellenbosch which was disappointing.

So I thought it would do no harm to email the hotel and mention it to them.
Well talk about service! Their receptionist is going into Cape Town tomorrow and is delivering it personally to the next place he is staying. Now Scotland – how is that for service? 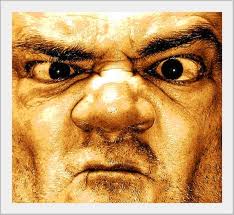 On a less positive note I was at the Book Festival on Sunday morning. Sitting, staring vacantly into space I needed a caffeine and fast. Queuing up it became apparent one of the grumpiest people on the planet was making the coffee. The guys were great. Chatty, smiley and full of the joys of Festival life but there at the front making the coffee and scowling at customers was the nippiest wee face I have seen in years. I was embarrassed when I heard her local accent. I could feel my blood pressure rising. Having been in the service industry for years nothing annoys me more than seeing someone working – and there are thousands that aren’t – treating people with general disdain with that ‘I am better than this ‘ attitude that has plagued Scotland for years. She couldn’t raise a smile. I smiled at her, tried to chat and just jolly her along but she was having none of it. The girl before me in the queue rolled her eyes at me also appalled. The guy behind me looked afraid – she looked like she might just lash out with her sodden milky rag as she tugged at the nozzle of the machine. My favourite story of such grumpy badness was my Dad in a hotel in Aberdeen years ago. He was finishing a cup of tea and off to meet his friend off the train – the station was directly across the road. So he asked a passing waiter
Excuse me could you tell me what time it is please?
The guy looked at him and said ‘ you are not at one of my tables’ and flounced off.

That was in the 1950’s and it chills my very proud Scottish soul to the bone to think that scowly faced nonsense still exists. I am going back to the book festival today and if she is still there being vile I will post an update.
Today I went back. Maybe she was having a bad day? Give her the benefit of the doubt I thought.
But sadly not. I have to report she had the same expression. Smile free. Non engaged and scaring the locals and tourists alike. If she doesn’t want that job – there are thousands that do. Matthew Algae Coffee tent Edinburgh International Book Festival – if you see her tell her cheer up!

Prev post Sleepy, grumpy and baggy. Not 3 of Snow White’s friends. Me.
Next Post A knight in shining armour spotted on the streets of Edinburgh.