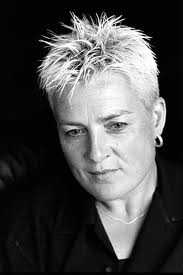 The highlight of my first job as a Dj was when a piece of 1/4″ tape was sent to me. Threading it onto the tape machine in Studio C I pressed play. The intro was catchy but when the voice started it frankly blew me away. My heart beat faster and the hairs on the back of my neck stood up. I knew I was listening to something special.

The tape had come from Horse MacDonald. The song You Could Be Forgiven I played on air that day. The single was released the day I got my first CD player and it was the only CD which myself and my flatmate James had so we played it all day and all night. Not for us the luxury of 12-14 tracks to pick and choose from. No just that one song over and over and over and over. And you know what? I still love it. And so does my flat mate – who is now head of music for Absolute radio (used to called Virgin Radio) in London. So he knows his onions as well as his music.

So  I was thrilled to be on the same radio show as Horse yesterday namely Fred MacAulays Show on BBC Scotland. And she has some very exciting news. Firstly she is touring in Scotland and then Australia, secondly Will Young sang Careful another sublime song by Horse at Glastonbury and everything is

clenched to see if he records it in his up and coming album of cover versions. Such a high profile artist covering one of her songs might, after so long, catapult this immensely talented singer songwriter into her rightful place as a highly revered artist who for some reason has always just bobbed below the radar of whatever it takes to get household name status. So support!

If you’re around her tour dates are here.

If you’re not here’s  that song I loved, still love and will always love.

If you want to keep up to date with Alisons Diary follow here :  @alisonsdiary

Prev post The best fish and chips in the world? We wait with bated breath as fire shuts the Edinburgh branch.
Next Post Seafood and eat it – Ondine does it again.