Seafood and eat it – Ondine does it again.

Deliciousness. Have been controlling my urges to go out and run amock. Trying to save money but when an old pal turned up from England well she was only here for one night. So we stay in. We did. I made her my most favourite canape olives wrapped in parmesan pastry which I burnt because we were too busy talking. She then made me her favourite canape parmesan bites which she also burnt as we are too busy talking again. Luckily I had put on a major pan of Bolognese earlier so we scoffed into a vast bowl of that as we sat and laughed our heads off.
So yesterday she was disappearing on the train late afternoon. early morning I had to be at the BBC finishing off a Medical Matters Program on the menopause. More details to follow…then I was on Fred MacAulay so as she was dragged round with me not complaining I booked us a table at Ondine, next to Hotel Missoni on George IV Bridge just off the Royal Mile in Edinburgh. They are doing a 2 course lunch for £15.50 so a treat was on the cards. 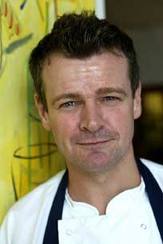 On settling down  gougeres arrived at the table, impossible to describe how wonderful they are. But  possibly the best on the planet.Excited now we  ordered a bottle of wine. The third member of the party arrived and off we went. Starters included Squid in a batter so light it melted in the mouth and smoked haddock rarebit which was so deeply tasty and delicious even writing this 24 hours later my mouth is watering.
Main course we all went for fish goujons, large chunks of flaky fish in breadcrumbs with an individual poke of chips each. Wonderful. As a side order we had buttery shredded greens with a chill kick.
Stuffed and delighted we sat and had another glass or two of wine. Roy swung by for a quick hello and too soon a taxi whizzed us off late afternoon depositing one of us at the station, and my pal Fiona and I home. What a great day.