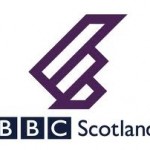 First off, thanks so much  for all the positive feedback re the BBC Radio Scotland program on the peri-menopause. Amazing that so many women suffer in silence when it is something we will all go through. If you didn’t hear it then you can do so on Sunday or on i-player, the show is called Medical Matters if you  click HERE you will get to it.

I do think I’m losing the plot though. Last week I went to the gym 4 times. Thought I might die of personal pride. A new me, a changed woman, someone who had got their exercise mojo after many years of trying. Well here I am 7 days later and I haven’t been near the place.

Actually that’s not strictly true. I did drive there on Monday morning and the car park was full and it was wet and rainy I did a couple of drive pasts and just came home for a warm drink and a muffin.

Shortly after that I  drove off to Inverness for the night through stormy weather only to arrive at pals house where instead of going for a bracing walk I settled down to eat a fabulous meal. Really. Shaun is a farmer and one of the best cooks I have ever seen. I talked and sipped wine as he produced an amazing meal which consisted of lots of goodies left over from their wild weekend consisting of venison, which he served up with a giant yorkshire pud – his speciality and my fav! – and dauphinoise potatoes made with sweet potatoes. I know I hadn’t thought of that either- here’s the recipe just swap out normal tatties for sweet ones.. Anyway this delicious feast was all drenched in the most delicious gravy – his secret ingredient for the grazy  is Chinese 5 spice – well not so secret now. I then collasped on the couch with two spaniels. Never happier.

The next day I was good and had a cup of tea for breakfast and then was scoffing a goats cheese tart by 10.30am. You will have detected the exercise mojo is long gone but the food mojo lives on.

Driving back down the road later the same day  my car went into House of Bruar without me even telling it. Herbie Rides Again. I bought a tub of olives stuffed with sun dried tomatoes and a jar of lime curd. All the olives didn’t get all the way home, I made the usual mistake of putting them on the passenger seat so I had them opened and in my chops within 500 yards of leaving the House of Bruar car park.

Home to a salad and mineral water? What do you think? Walking today though….to meet a pal for lunch……..c’est la vie – joie de vie!

BBC Radio ScotlanddietexercisegymHouse of BruarInvernessolives
Prev post Love in an elevator? Or a chairlift?
Next Post Hidden gem in Edinburgh opens it's doors to the public for valentines preview of handbags & jewellery!