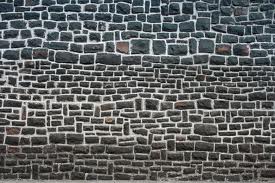 The view from our apartment.

Booked our flat online. Stipulated a few basics. Less than a 2 min walk to the beach as Mum not a known jogger at 81. Nice terrace to sit out and watch the world go by and of course access to the ubiquitous communal pool.

When we finally got here after our epic train, ferry, bus, train, train, foot, train journey we were in need of that very place.

Shame then it turned out we had been hoodwinked. No view. Lovely pool out the  bedroom window but not ours! And next to a petrol station on the main road. Nice.

During the night there was an almighty bang and all the lights fused.

In the morning Ellie and I went off to sort things out leaving Mum to rest as gazing out at the view wasn’t too appealing.

As she did so with her Ian Rankin book, cup of tea and hearing aid out – the door flew open and in came an estate agent with 2 viewers. Had she been less of a ninja I hate to imagine what would have happened. So we were now officially pissed off.

Ellie and I contacted a guy who we had been in touch with re his flat which was unavailable as he was painting it. He said ‘I will meet you in 10 minutes.’ Which he did.

Then began an endless list of help which whichever way you look at it – even with your eyes closed – saved the day. Our day. Our week. Our holiday and our perception of the human race.

He found us a flat in the right location within the hour and helped us move.

I couldn’t get my hands on the cash at th drop of a hat as we needed to get the deposit and rent back from the hoodwinkers. So he put up £500 of his own money to secure the property.

But no it doesn’t stop there….he came to our rescue by showing us how to put on the water. Then an hour later the electricity.  We said thank you but it seemed a little understated to be honest.

Its colder here at night so we had a night of shivering which we mentioned to Nick only 3 doors down he yet again saddled up his white charger and appeared with some blankets. Then…..well you can read about that on the last post….my dear Madre got a suspected DVT……he saved the day again….

As time went on we have got to know this guy. He is a gem. He comes from the school of life is like a boomerang what you throw out you get back.  And he’s thrown out a lot.

It transpired after a few days we discovered Ellie and he had been at the same college studying the same subject and even stayed in the same half residence.

1 degree of separation. It’s a small world. And with the kindness of strangers it is indeed a wonderful place.