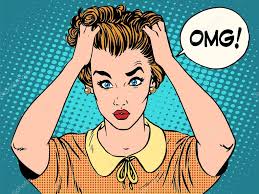 It’s never too late. You are never too old. And as of today I am living proof of that. Really.

I never went to Uni or anything like that – in fact I was booted out of full time education for being a skiving, low life and from that day  late 70’s to this,  despite the mature, OK droopy exterior, since then I  have harboured a deep disapproval of the establishment and the way it and the folk that run generally behave.

So it is with bunting draped round my neck and a huge half melted chocolate bar hanging out of my mouth that I put raggedy fingernails finger to keyboard with the extraordinary news that I, Alison Craig  an uneducated 50 something woman – have just signed my first  publishing deal with a real live, actual, living breathing, grown-up London based publisher for my first novel.

And many other words to that effect….

There are many reasons I need to get this news out …

Honestly this has been a dream of mine for a long long time.

I did write “The Nappy Years” several years ago but that was autobiographical and a diary account of having a baby, losing the plot and having my life being turned upside down… but this is different.  This is is a made up story – proof that the art of bullshit pays off eventually.  Yeh!!

Don’t get me wrong it took an age, and there’s no point  pretending it was anything other than torture to squeeze it out of this middle aged, undisciplined, insomniac. So, amazingly, the first book is set in world inhabited by a disparate group of dafties and incorporates themes of  food,  love,  Scotland  and I am so over the moon that the powers that be enjoyed it and are going to publish it…I can barely sit down for jumping up, shouting YIPEEE and scaring the dog….so this blog…..will chart the process….the good days, bad days and inbetweenies too. To me the publishing world is a new and exciting place and I thought you might like to hear how the whole thing goes….how it starts, what happens, what the process is, because up til now its been a fascinating closed book – ironically……

Sorry I’m off to jump up again and shout yippee…

celebrationdreams come truefictionfollow your heartfoodhow to write a bookit can happen to youlovenever too oldnovelPublishingScotlandsummerwriterwriters journey
Prev post There's a Dog Psychologist In Da House.
Next Post The birth of my first novel ...the longest gestation in history. Gas and Air!