Bruce Forsyth’s Saturday night Generation Game was a must in our house.
Sitting lined up on the couch roaring with laughter as middle aged people and their grown up kids flailed around attempting any number of unlikely tasks. 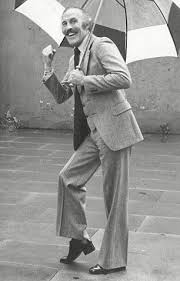 So why is the new one the dampest squib of any previously seen squib damp, dry or otherwise?

As I recall from watching the original version from under the fringe of my Ronco Hairtrimmed fringe, in the 70’s a look into the world of the adult was fascinating. All my friends mums and dads were Mr and Mrs so and so – the thought of using of using their christian names was alien. The adults were a race apart. The idea that  a real live grown up would cast off their inhibitions and make a fool of themselves on national TV for our entertainment was outrageous! Uncle George trying to spin a plate  ? How we laughed.

We have since been privy to the human condition no holds barred  –  people having sex courtesy of Big Brother or Geordie Shore, tattoos, embarrassing medical conditions, relentless nudity, sex, violence, stupidity, eating, drinking, cleavages, beer goggling which sadly for The Generation Game amounts to the fact that watching people doing mundane normal things in an outdated and old fashioned format is the stuff of narcolepsy.

The excitement level was not helped by one of the first challenges on the first show being how to spin a plate. Spin a plate? On a stick? I haven’t seen anyone doing that since Record Breakers in the 70’s and was frankly amazed that there are still people in the world that seem to be in the Plate Spinning business.

If you did see it then you could click here if you really felt the need – but it really is appalling so brace yourself. GENERATION GAME 2018

Of course Mel and Sue are consummate professionals and courtesy of another show will rise again but there is nothing this dead horse needs less than flogging – it needs a decent burial and fast.

BBC 1Bruce ForsythGame showsMel and SueThe Generation Game
Prev post The last unspoken truth. The Menopause.
Next Post The Clampetts with the sausage dog in Beaune.