Older and wiser failed by lack of love and money. 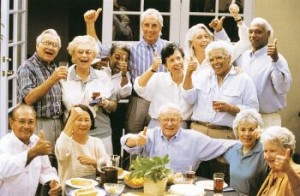 Shocked to the core that the care of the elderly is so sadly lacking according to new stats published today.

Reports found a myriad of shortcomings but two of the big points were a culture has developed in which unacceptable care becomes the norm.

Institutions scrape by without enough members of staff by failing to replace them when they leave as they can’t afford it.

In a nutshell. Love and money.

There must be something inherently wrong with our society that on any level it can be seen as an option to do anything other than devote time and care for our elderly citizens. Whether being paid or not.

Do you look at yourself in the mirror – whether 20, 30 , 40, 50 and feel the same as you did when you were 18? I do. My Dad did at 80. He used to say he got a real shock when he looked at himself in the mirror as he didn’t recognise the old man who looked back at him. Inside he was still the fleet footed party loving Aberdonian young man with it all ahead of him outside to the wider world he was an ‘old man’. I am assuming this is a human trait  not just our family.

So put yourself in the position of an elderly person in a residential care home. It may be a physical or mental health issue – regardless just think of yourself. There. Now.

Now imagine being undermined, ignored, cast aside, patronised by thoughtless, ignorant younger people. Disregarding you the person, disinterested in your wealth of life experiences, unwilling to listen to you, unwilling to see you just seeing instead an ‘old person’.

It is shocking. And we must help to change it. How? A huge question but  to change the culture of ignorance of the elderly surely we must start by encouraging the very young to interact with the elderly. Both ends of the spectrum  have time to talk, listen, help one another and maybe by building respect and affection they will see the person as a person not an age.

When at school in the 70’s in Aberdeen pairs of us were each matched up with an elderly person/couple and were drafted off to various places all over the city to help our designated person on the same day every week with their shopping, making them a cup of tea or simply just sitting and talking to them. It doesn’t sound like much but I recall the beaming smile and warm welcome we received every week. If this is your only contact with the outside world then this one small thing can make the world of difference.  Isolation is the cruellest of things and by rebuildinga community spirit then perhaps some people could live longer in their own homes with support than being sent off into institutionalised living in the first place.

I know you and I can’t change the world but as winter has arrived like a slap to the side of the chops with an anvil remember your neighbours. Whether you know their names or not, make a point of letting them know you are there, you can pick up shopping for them, they can call you in an emergency,  make them a cup of tea, just say hello. It takes but a minute and it can be the difference between life and death.

Just press fast forward on the clock – one day you will be that age – one day it might be you.