The Debt – get into debt to see it. 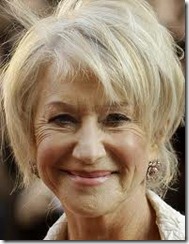 I haven’t been to the cinema in …………..eh…………..can’t even remember the last time. Probably last winter to be honest. There is something about sunny, or at least light days that make the light deprived Scot that I am gravitate to standing in open spaces with my face upturned to the sky in the hope a UV ray might find it occasionally. Today there was little point in doing that as I would have been rewarded with a few gulps of rain water, and a face like a well slapped bum.  Hello Autumn I thought as  we endured lashing rain, wild wind and light plummeting to dusky hues of gloom by 11am.

A chat with my frantic pal Frazer whose wee dog had spent the night lying on the floor in a fever with a dodgy hip and splootering tum proved he was also in need of some light relief. Then film buff pal Catherine also got in touch so we agreed to meet in a bar at 5pm and then head to the cinema.

After a soft drink – well it is Monday – we sloped into Vue Cinema.  By the time I bought a bottle of water, about 10 chocolate covered brazil nuts from the pick n mix and the ticket the shock of the bill nearly caused a seizure.

However, with dogs gastric problems and vile weather awaiting us at outside meant we threw caution – and our hard earned cash – to the wind and in we went to see The Debt.

Now I love Helen Mirren. I love her cos she’s a great actor. She’s got a great sense of humour. She looks amazing for her age and she hasn’t filled every crevice in her face with silicone by-products so has an expressive and beautiful face. That was the reason I wanted to see the film – yes I am that deep.

Well, it knocked my socks off. From the moment is started even my hair was clenched. A story in a nutshell is of 3  Israeli agents whose mission it is to capture an evil Nazi War Criminal and smuggle him  back to Israel in the 60’s to face charges of unspeakably vile crimes against humanity.

The young Mirren  has to confirm his identity and in order to do so she poses as a woman who cannot conceive thus allowing  herself to be be examined by this vile man. The speculum and stirrups had me diving into a box popcorn to stuff it into my face and distract myself. But if thrillers are your thing – then go. It’s seriously excellent with the cast consisting of acting royalty.  Here’s the trailer and don’t you think the guy on the right – Sam Worthington looks like a young Pierce Brosnan? Yum.