My World of Rugby. 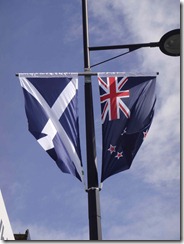 Well that’s the Rugby World Cup well and truly kicked off. I know this because our Sky plus recording system is completely rammed with games, pre-match discussions, after match analysis and the amazing sight of seeing Teenwolf jumping out of bed and rushing downstairs at 8am without the aid of a water cannon to sit glued to the telly and watch every second of it.

I wonder though if the phenomena I experience here is the same world wide. That is the armchair commentator. Or to be more accurate armchair shouter, pointer, jumper upper downer and arguer.

Shouting directions at  the men on the pitch from a sofa several thousand miles away. Leaping up and waving a fist at the referee whilst disagreeing with his decisions various.

I am far from  immune to the joys of rugby having been taken down to Murrayfield to watch Scotland as a very young girl with my Dad. He loved it and as I was the only kid in lieu of a son I was taken down to stand in the car park eat a picnic out of the boot of the car and then sit amongst him and his friends as they all gave me the benefit of their shouty nonsense. I look back now and love the idea of spending all that time with my Dad, just me and him though he would shoot me if he realised I am still not that clear on some of the rules of the game.

As the teen years arrived so did the appreciation of rugby from a completely different angle. That of the rather attractive strapping young men with thighs like tugboats that strode the field in front of my fluttering hormones.

In my twenties and thirties Scotland won lots. Grand Slams and big parties are memories I will never forget. 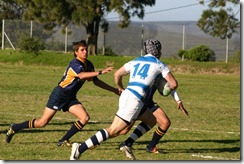 So now here I am in my mid 40’s still in the clutches of the game. As a mum. A trying not to be too over protective mum.  The photo above was taken by someone on tour with the Teenwolfs rugby team in  South Africa. In his element. Yesterday  he  played his first match for the first XV  – a nasty black eye, a broken wrist and a sprained ankle was the sum total of his friends injuries. Despite all of this he loves it. It’s his reason to get up in the morning. To stop him playing rugby would be like tying him up, putting him in a dark room and leaving him there so I have made a pact with myself to shut up, stand back and support. And who knows after all these years  I may even assimilate the rules of the game.  Well maybe. 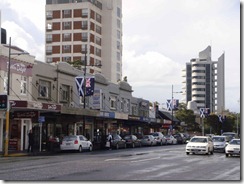 In the midst of World Cup fever his morning my great pal George who emigrated to NZ last year sent these photos – proving that there is a swell of support for our boys in new Zealand which warmed the cockles of my heart. Come on Scotland –we’re behind you –  just send all those other teams  hameward to think again.