Everyone has a drunken uncle….or in my case several! 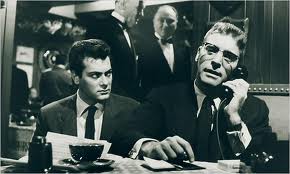 Today the news is full of Obama’s drunken Uncle being pulled over in his car and telling anyone who would listen, who is nephew is and that ‘The Whitehouse would sort it out’ Guffaw. What an absolute clinker. As I lay in bed grinning at the cringe making behaviour I began to ask myself hasn’t everyone got a drunken uncle?

I did. In fact courtesy of my wild Dad I had quite a few. His oldest muckers – not blood relatives – his dearest pals – his real family. There are a few still careering round the world causing mayhem but several, including my Dad  are no longer with us but have left me with some of the funniest memories.

Sandy was one of his bestest chums  and a favourite bearded warrior. He  was a wild bear of a man with a singing voice like Caruso and  a laugh that would be picked up on a seismograph.

When Dad and him got together it was a case of light blue touch paper and retire fast. They sat up late, talking, drinking and entertaining anyone else who could take the pace. They chased me down the high street at the Banchory show with  police cones on their head when I was 16 and hormonal and embarrassed just being seen out in public let alone with adult boozers.  It took me years to get over it. Teenwolfess.

As I watch Teenwolf roll his eyes at me 6 times an hour I can only imagine what he would do if I was to revert to the behaviour of his Grandpa. Google Childline. Google Easyjet and get a one way ticket to anywhere fast. Hmmmn…

So Dad and Sandy were wingmen. From early days dressed in kilts hanging off balconies telling stories to anyone who would listen in France in the late 40’s to wild rugby days in Scotland and at  my Dad’s 70th birthday party and beyond  they just  loved life and lived every minute of it to the fool no I mean to the full.

Now I  regard them  as a template for life. Not as a terrible warning but a great example. No whispering, sensible, tight laced, upright, sssshhhhhhhhhhhh type behaviour. A celebration of  wild laughing, banjo playing, joke telling, singing, larger than life, bad dancing, FUN. There is a lot of beige in the world. I try not to add to it. In their memory.

Sandy’s granddaughter stayed with me at the weekend. Her Mum and Dad are a delight but I didn’t really know their daughter as she was brought up down South. The second I met her, the sparkle in the eyes, the quick wit and the zest for life made me realise that sad as it is these great old guys  have moved on it gives great comfort to see the elixir of their spirit very definitely lives on.

Prev post Dogs. Teenagers. Fags.
Next Post School uniform or the rent? They cost about the same.