Carol Vorderman has got it sooooooo wrong. 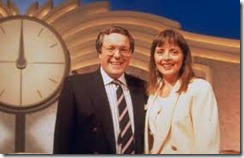 Being Edinburgh at this time of year is exhilarating. The bringing together of thousands of creative people from all over the globe. Writers, musicians, comedians, actors, dancers, jugglers, clowns, illusionists, great orators, producers, directors, publicity gurus, agents.  As the month progresses the annual TV Festival kicks off and within those numbers the bosses of the most creative companies on the planet. Being lucky enough to live in this environment is something of a privilege as the atmosphere  is electric, fun and stimulating no matter where you go. On top of this millions of people  arrive here every year to witness and be part of a little of this magic. From dawn til dawn there is something to do and something to see. Someone to engage with and a stimulating idea or sight to inspire.

SO I wonder Carol Vorderman how many of them studied maths until  they were 18? How many of them comprehend the finer points of trigonometry? How many of them do a good line in sines and cosines?  Lying in bed face down listening to the radio this morning I was incensed to hear that Carol Vorderman has decreed – and on behalf of the Tory party – that all children in England (not Scotland but that maybe an editorial slip up rather than her intended meaning )should be taught maths until they are 18. And that a large percentage of those who attain a C in GCSE can’t do fractions or percentages.

It is 2011 and this sort of inverted snobbery has to stop. The human brain is not a machine. Some people get maths. Some people don’t. OK there is an argument which criticises the method of teaching but in actual fact maths to some people, and yes I am one, is gobbledy gook, incomprehensible waffle, a bleedin’ mystery, and a virtual impossibility to grasp.

I sat my maths O level twice. And failed. I had no idea what it was about. I still don’t. The second time I had a tutor. I fared no better. I believed for years this meant I was thick. It certainly meant I wasn’t going to university in the 1980’s. Maths was compulsory.  On reflection it has been the making of me. The route I chose in life is as far from exacting mathematical calculation as is possible to imagine.  There will be students who have just had their results this year and have failed. So? It is one element of a huge curriculum and skill set. A sense of proportion would be the best thing to promote here. OK so you can’t do maths? So what? Let’s see what you can do.

It took me  along time to realise I am far from stupid and it was exactly this subject and narrow minded horse manure that was the culprit.

Vorderman – you may have detected this – has got right up my nose. Ignore her. If you can’t do maths?  You are still you. Still great and the best news of all – you will never been an accountant!  Whoopee.

Prev post Rubberman Starring on Edinburgh street.
Next Post The boy has gone to Africa and left the wailing fool behind.