Butch Cassidy and me.

I do love a bit of live music so last night the long suffering husband and I went to an open acoustic session in Edinburgh.

Hosted by Coreen Scott from Laverock it was a great night.

Chris Bradley who is a solo artist as well as part of the band  Aberfeldy played and  sang a couple of songs. Talented lad. You can hear him if you click his name above. Here’s a vid of Aberfeldy – I bet you know this song! Anyway, Chris is going to come back and do a session so I will keep you posted.

Yes that is the song from the American Diet Coke commercial………….

here’s another number from them………….

Somewhere to Jump From

And as it was an open session there were many more too. A 22 year old guy who could sing like Ryan Adams – great voice. Another guy Eddie  played brilliant Spanish guitar and then a guy singing and  playing Burt Bacharach numbers.

Inspired to join in up I got to do Blue Moon. It wasn’t until I had started  I realised I don’t know the words. Fool. Then as I turned to Burt Bacharach playing man I remembered I knew the words to – and how rock and roll is this ? Raindrops Keep Falling On My Head!  Where the lyrics came from I have no idea. Sitting in the back of my Dads car as a child singing along to his Burt Bacharach Cartridge Tape I suspect. So I delivered it sitting down, blushing and sipping wine. Very Ella Fiztgerald I thought though I was informed later it was more Ella McGlumfy professional twit.  Ach well. 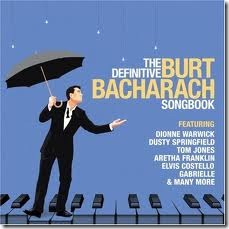 The last time I sang in public was doing Kareoke in Florida in a Sushi bar I did Frank Sinatra’s I’ve Got You Under My Skin. Teenwolf got over it eventually but when I told him when he got up this afternoon (sic) that  I sang last night I feared his eyeballs would actually shoot out. Horrified is not the expression. Disgusted probably sums it up. Ah well, you live a long time after your laughed at.

Prev post Off to the torture chamber
Next Post My favourite biscuit recipe on the planet so far….