Ok the money was on me having a good rant about it. BUT…that geezer from Lost & The Green Mile at the mature age of 51 has just got himself hitched to a 16 year old. No that is not a misprint. 16 she is.

Most worrying is that as you can see from the photos above he appears to have super glued his head to her chest. Blokes eh?

So it is legal but only just. Really what sort of daft old goat is going to marry a 16 year old girl. I have a 16 year old son my husband is in his late 40’s and the thought of him marrying one of Teenwolf’s girlfriends gives me the dry boak.
I am not being hypocritical or sexist either. If one of my female pals announced she was running off with a 16 year old I think I might phone the child protection agency.

At 16 you think you know it all but you don’t. So she is off the hook for being young, naïve. 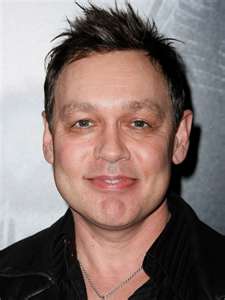 At 51 you know a damn sight more than that and should give yourself a stern talking to, a slap round the chops and a cold shower.

In years to come I suspect he will look back at himself and realise it might have been cheaper to get a t shirt printed saying ‘I am having a mid-life crisis ’rather than publically be gazing lovingly at a girl young enough to be his granddaughter.

Aye sometimes the ponytail motorbike mid-life crisis option is a lot less repellent than we thought.

Prev post Teenwolf in a barn, me on the couch without a psychiatrist -yet.
Next Post Red Onion – made my eyes water with joy