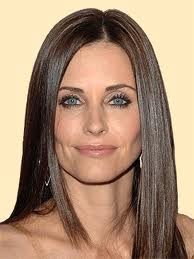 The idea of Courtney Cox being ultimately attractive to younger men isn’t exactly a shock. She looks years younger than her years (unless she IS 25) and is always airbrushed to perfection by the time we clock her.

I mean you’d think it would give us women of a certain age a feeling that if the opportunity presented itself we would like to play along for a while.

The reality I suspect would be somewhat different. 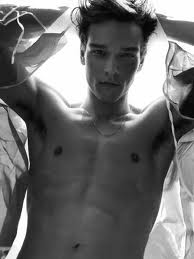 This conversation took place yesterday when Dynamite came round. She walked into the kitchen where Teenwolf was standing with his back to her.

‘Who is that ?’ she mouthed silently at me pointing at his back.

‘Ooooh ‘she shrieked mortified it was the boy she had known since before he was born so she started giggling like a lunatic. ‘It’s you! My you have been working out’ further giggling accompanied with beetroot face. ‘ I can’t believe  it! ‘ she blurted  commencing giggles again. Before she died of embarrassment I steered her away into the garden for a drink. Well the sun was shining which just shouts DRINK to me. As we sat we wondered about being Cougars and decided the reality maybe somewhat different to the Hollywood Courtney Cox version.

Primarly cos who in their right mind of a young mannish variety would fancy us?

Then of course there is the fact we wouldn’t take our clothes off –never mind in the dark – at all.

A full face of make-up would be imperative at all times, which would result in that early morning wake- up horror of the poor young thing opening his non droopy eyelids to find himself  nose to nose with someone who looked more like a zombie flesh eater than an attractive older woman.

These young guys would probably be texting their friends to say ‘I won the bet – I humped a minger now cough up.

It’s just a no no

Oh that and the long suffering husband might have something to say about it.

And whilst we are at it.

If a cougar ever goes near Teenwolf  I will rip her head off.

See I am a measured human being after all.

It’s just that the measure is off the scale.

So how was your day?

Prev post Drinking and the heebie jeebies.
Next Post Podcast: Alison's Diary clocked Michael McIntyre was gonna be big and told him.