Back from Majorca and what a shock. No not the weather, not the light , no the fact I got on the airplane. Yup. Despite all my trails and tribulations of trying to get rid of ‘THE FEAR’ it is alive and well and living in my gut. God I wish I loved it. My pal Fiona literally loves it! I hate it. The day on the run up is a clench fest. I stare at the sky, I google the weather, my jaw is so set that it is in danger of toning up. Yup that bad. Arrived at 2am UK time which meant the whole flight was in the dark – that didn’t help. The last time I was in a plane in the dark we had an emergency landing with lightening and smoke so perhaps I am just having a flashback. Still I am here, in one piece, if not a little f***** madder. 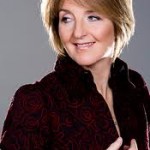 Presented the Kaye Adams Show on BBC Radio Scotland so had to be through in Glasgow for 7am Actually the one thing about a holiday is it makes things like getting up in them middle of the night easier. Recharged the battery. Talked about the snew SPL and Scottish Gov. plan to get overweight Scottish guys into the local football club once a week to get fit. The guys that phoned in were all great. Admitting they were a bit on the heavy side but determined to do something about it. A few others called to tell everyone they had lost inches round their waist so s I clutched my overhang I thought – right get a group Alison so the fitness campaign commences, again.

Am locked in my office working on finishing off the guide to Edinburgh I was commissioned to write. It is live now at www.simonseeks.com click on Edinburgh and see if I have left anything or anyone out. It is not quite finished so any suggestions just leave them here. BTW in order to leave a comment in alisonsdiary.com immediately you have to register on the right hand side that means it will appear straight away rather than have to be approved. Better for banter.

Sad day had to go north for the funeral of one of my Dad’s bestest pals in the world. He was lovely man, he spoke at Dave and I’s wedding, was Mum and Dad’s best man and just an all round lovely guy. Before the service went to The Ferryhill House hotel in Aberdeen. Specials are mushrooms says a girl who clearly hasn’t smiled since she was born. How are they cooked I asked. She wandered off and came back 5 minutes later . They’re cook in the oven she said. I smiled she was joking? Nope . Charm free. She didn’t smile once during the meal. Then as there was a chink of light in the sky we thought we’d sit outside for a coffee. I nipped to the loo as my 81 year old Aunt order the coffee and they wouldn’t take it outside for her so with walking stick, tray , 2 coffees and a gin she just about made it. Charm free as I said. Not going back. Ever.

Drove back last night so up and about early this morning, working then met pal Fiona at The Circle Cafe in Edinburgh for lunch. I can recommend it. Polar opposite to the service we got yesterday these guys are lovely. I may adopt them them. Fresh delicious food. I just had the soup but it was a huge bowl of tomato and basil soup with about half a loaf of delicious bread. We controlled ourselves and didn’t run amok with the home bakes but going back soon the stuff them into the chops. Ordered my fit flop boots online. Very excited. I have never walked so much with the fit flops so intend to keep going all winter. All I need now are some groovy waterproofs. Cheap and cheerful any suggestions welcome.

Teenwolf off to a party so watch him striding off into the gloaming and recall days under bushes with bottle of Martini and lemonade – ahh – it fees like yesterday. Then I remember all the other things I did and start getting frantic with worried. I so hope he takes after his father. I so do.

For who on earth Zaphod Beeblebrox is click here.