Fringe reviews from you and I 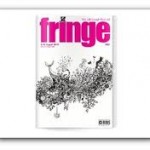 Another top day at The Fringe and thanks to everyone who is sending me their personal reviews and recommendations of things to see, avoid and love forever. Which you can see at the end of this post.

After a day strapped to laptop I went off to Blonde restaurant to meet my pal and pr guru Fiona Duff of Duff Publicity for lunch.

Past The Pleasance which reminded me that, as I have mentioned a couple of times, mad cockney cheeky chopper Arthur Smith declared

he wouldn’t let any reviewers in unless they juggled kippers as a joke. Anyway now barely a day goes by where some hapless journo is not caught clutching smelly pescados in the queue to get in. Scotsman journalist Claire Smith can’t juggle kippers due to a terrible allergy her son has to fish (true) but was eager to see the show so wrote a poem instead which she delivered to Arthur at his show. This time next year it will be The Claire Smith Show now the audience is out fringing the fringe.

Blonde do a lunch deal of two courses for £10.95 but Ibeing a chubster I didn’t want too big a lunch so went for a Blonde Bit – no roots -which was Mexican chicken salad a massive plate of deliciousness arrived as Fiona who had had a night of it the night before went for another Blonde bit which was pasta with cream, garlic and bacon perfect for the hangover which perked her up considerably between about 25 phone calls. She is doing PR for a lot of acts and is on the run.

Next to us sat Esther a lovely lady who had just been to Dvorak at The Queens Hall – I do know cultured people – though when I told her we were off to see Bette/Cavett which is 2 geezers re-enacting a rather seminal interview with Davis on Cavett’s American chat show in 1971, Esther’s husband said he quite fancied that as he left Esther and her pal to go culture vulturing a little more.

We duly finished our lunch and headed off to Zoo at The Roxy for the show. We met pal and photographer Carol Gordon there whose husband Simon Donald wrote The Deep that fabulously scary drama showing now on BBC. I taped it and watched the first 2 episodes and haven’t slept since. When he was filming it Fiona and I begged him to come to the set so we could see gorgeous ER star Goren thing up close – Simon refused knowing we would jump him. He was so right. Still. I digress. 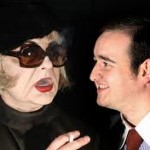 In we went to Bette/Cavett which was warming up nicely when the fire alarm went off, no-one quite sure if it was part of the show for a moment, soon a member of the production team came in and told us to evacuate so we were disgorged to the pavement – or as one of the Scottish guys shouted ‘keep on the sidewalk’ – not amused Fiona shouted ‘it’s not a sidewalk it’s pavement’ – she’s not shy that one. So there we stood in the sun looking bemused for 15 minutes until we were told the show was cancelled. Big disappointment as we really wanted to see it but we are told we can go back another day or get our money back. We are going back it looked great we told Dick Cavett in his wig who looked rather upset as everyone straggled off. 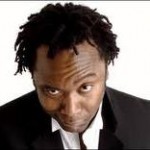 Dynamite’s been out and about too. Here is her pick of what she’s seen so far.
The News Review – The Pleasance couldn’t recommend it more highly. 2 boys 2 girls – students lampoons everyone from theatre, politics and entertainment. Non-stop. Young, talented stars of the future.
Reginald D. Hunter– The Pleasance – 5 star fabulous. Thought provoking comedy.
Paul Merton’s Impro Chums with Mike McShane bloody good. The Pleasance
Arthur Smith – scenes of nakedness – The Pleasance

Thank you to in Lin McLellan for these…..

Best place in the world @ this time of year! (Actually, at any bl**dy time -‘eh no?’ ! )
Hamlet the Musical @ Pleasance Courtyard – great fun
Oh yeah – Sunset Song awesome!  Greetin’ fit tae burst!
Sue Perks proggy good BBC2- shame not on south of the Border – or is it?
Yours aye,
Lin
Home for a breather – Gospel of Colonus next.

And this from Jan

Not sure if I can add onto your website but just wanted to tell you about my friend and I (60 and 49 respectively) went to see a show at the Assembly in George Street called Bustin Out about two Australian comediennes – older woman that could do amazing antics with their …. aherm – boobs – what a scream – laughed from beginning to end – fabulous show – watched females of all ages in the audience and males and they were all laughing their heads off.

Would definitely recommend it!